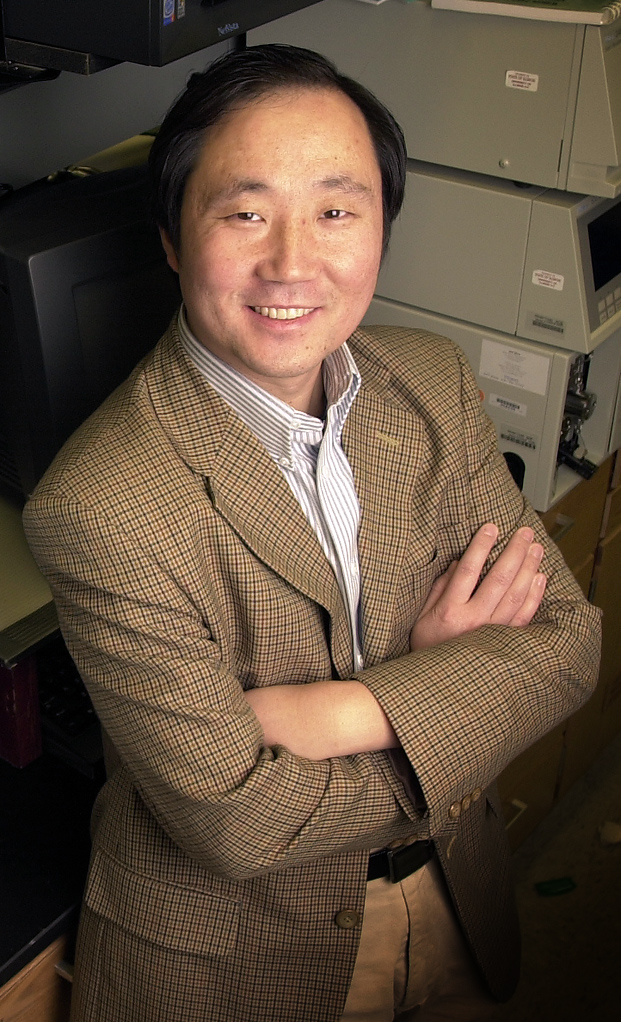 Dr. Yi Lu graduated with a B.S. in Chemistry from Peking University in 1986 and received his Ph.D. degree from UCLA in 1992 under Dr. Joan S. Valentine. After two years of postdoctoral research in the group of Dr. Harry B. Gray at the Caltech, Dr. Lu started his own independent career in the Department of Chemistry at the University of Illinois at Urbana-Champaign in 1994. He is now Jay and Ann Schenck Professor in the Departments of Chemistry, Biochemistry, Materials Science and Engineering and Bioengineering. He is also a member of the Center for Biophysics and Computational Biology and Beckman Institute for Advanced Science and Technology. His research interests lie at the interface between chemistry and biology, and his group is developing new chemical approaches to provide deeper insight into biological systems. At the same time, they take advantage of recently developed biological tools to advance many areas in chemistry. Specific areas of current interests include a) design and engineering of functional metalloproteins as environmentally benign catalysis in renewable energy generation and pharmaceuticals; b) developing a fundamental understanding of DNAzymes and their applications in environmental monitoring, medical diagnostics, and targeted drug delivery; and c) employing principles from biology for directed assembly of nanomaterials and developing their applications in photonics and sensing. Dr. Lu has received numerous research and teaching awards, including the Royal Society of Chemistry Applied Inorganic Chemistry Award (2015), Fellow of the Royal Society of Chemistry (FRSC, 2015), Fellow of the American Association for the Advancement of Science (2007), Early Career Award from the Society of Biological Inorganic Chemistry (2007), Howard Hughes Medical Institute Professor Award (2002), Camile Dreyfus Teacher-Scholar Award (1999), Alfred P. Sloan Research Fellowship (1998), Research Corporation Cottrell Scholars Award (1997), and Beckman Young Investigators Award (1996). Dr. Lu is also at the forefront in innovation in teaching (see Science, 318, 1872-1873 (2007) and http://atlas.scs.uiuc.edu/chem199l/). Research in his lab has resulted in more than twenty US and international patents as well as successful products in environmental monitoring (www.ANDalyze.com) and medical diagnostics (www.GlucoSentient.com). Dr. Lu has been ranked among the world’s most influential researchers from 2015-2018.